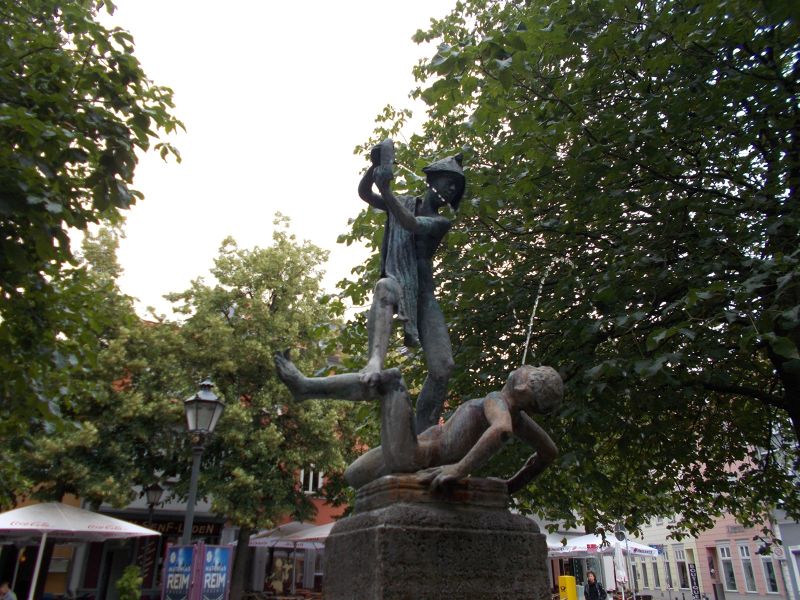 "A short stopover in Erfurt,"

Neither of us had ever actually heard of Erfurt but we had just visited Wurzburg and were on our way to Leipzig when my husband said let's break our journey in Erfurt and see what it is like, so we did. Luckily for us the station has very cheap lockers where you can leave luggage for a couple of hours for just one euro, plus directly across from the train station there is a tourist office where a very friendly and helpful lady supplied us with a map and guide. Erfurt turned out to be a beautiful place and our short visit did not do it full justice. I hope some day to revisit and see it all properly and at a more leisurely pace. 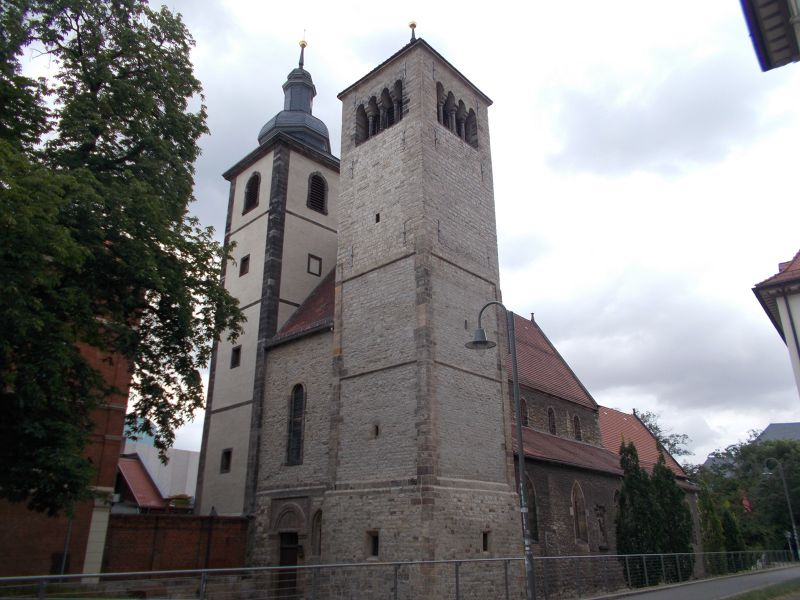 Erfurt is the capital of and largest city in Thuringia. It is home to around 400,000 people. Erfurt's old town was fortunate enough to survive World War II with very little damage. Tourist attractions in Erfurt include the Merchants' bridge, Erfurt Cathedral, Severikirche and Petersburg Citadel.

Erfurt became part of the Kingdom of Prussia in 1802. From 1949 until 1990 it was part of the German Democratic Republic. Martin Luther studied at Erfurt University from 1501. We felt like we were following Martin Luther around on this holiday though it was not intentional. The sociologist Max Weber was from Erfurt.

We walked from the train station onto Marktstrasse which leads into the Fischmarkt. This is the spot where the city's old trade routes used to intersect. Fischmarkt has a statue of the knight Roland which dates from 1591. It is also home to the town hall and the guild hall. It is pretty and worth a look. 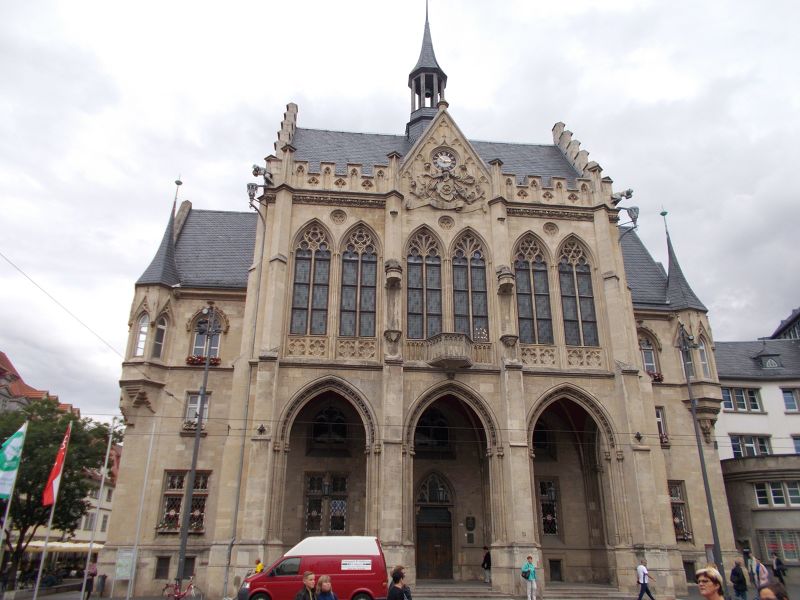 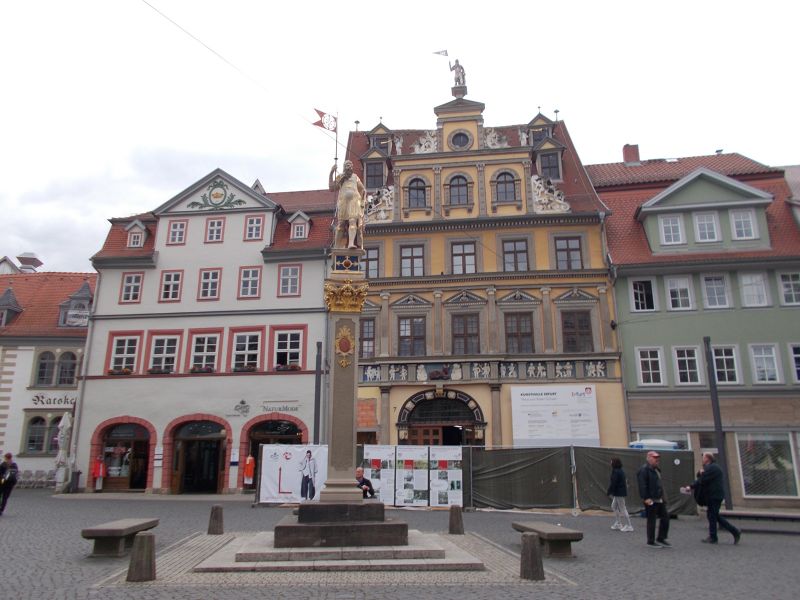 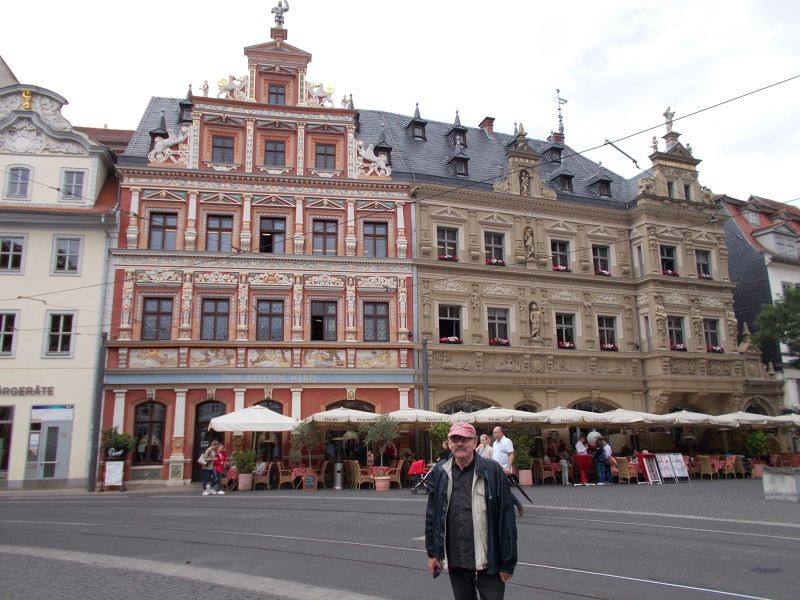 Feel free to call me an idiot if you want, but I walked across this bridge without realising it was a bridge. I would have noticed on the way back, but the road was all dug up so we returned via the bridge the same way as we came. As the bridge is lined everywhere with houses, you do not see the river when you are on it. Thus I have no beautiful photos showing the river. Oops!! The Merchants' Bridge or Krämerbrücke is a wonderful medieval bridge lined with half timbered buildings on both sides. These buildings are people's homes with shops and cafes downstairs. The bridge spans the Breitstrom part of the Gera River. 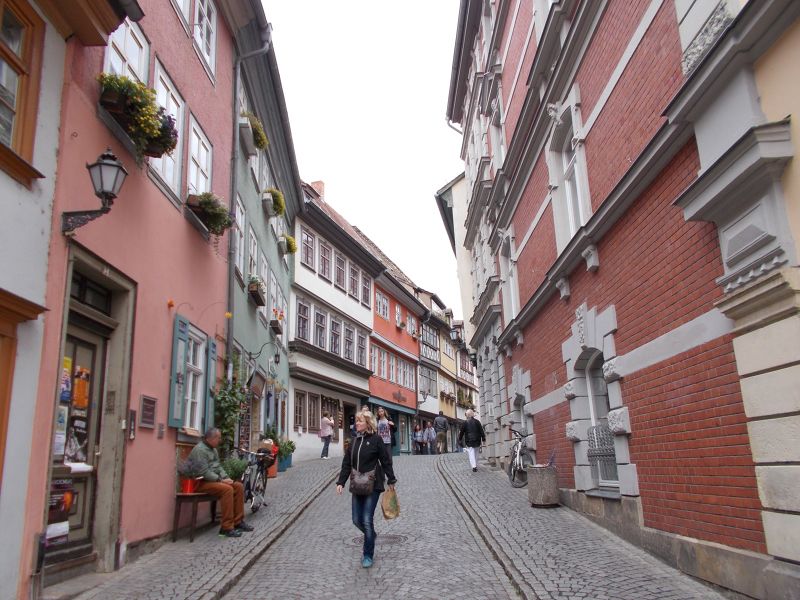 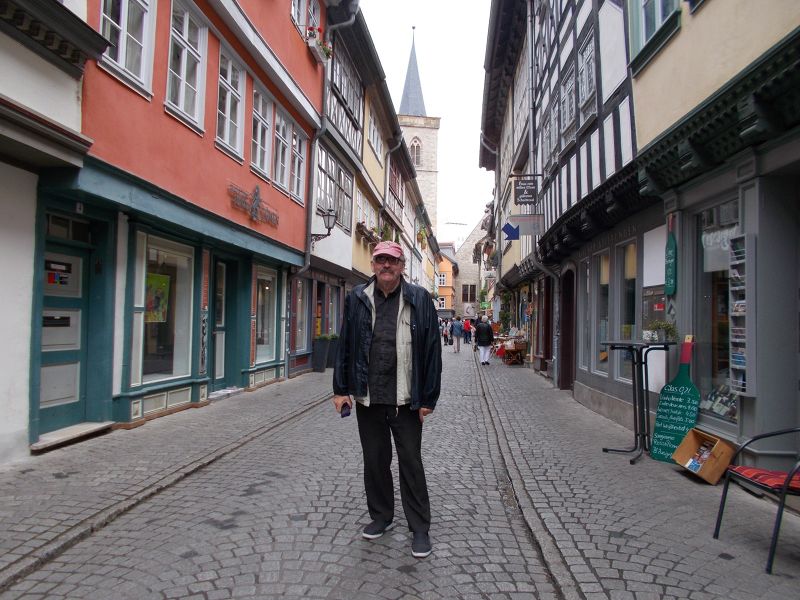 Peter on the Krämerbrücke - Erfurt 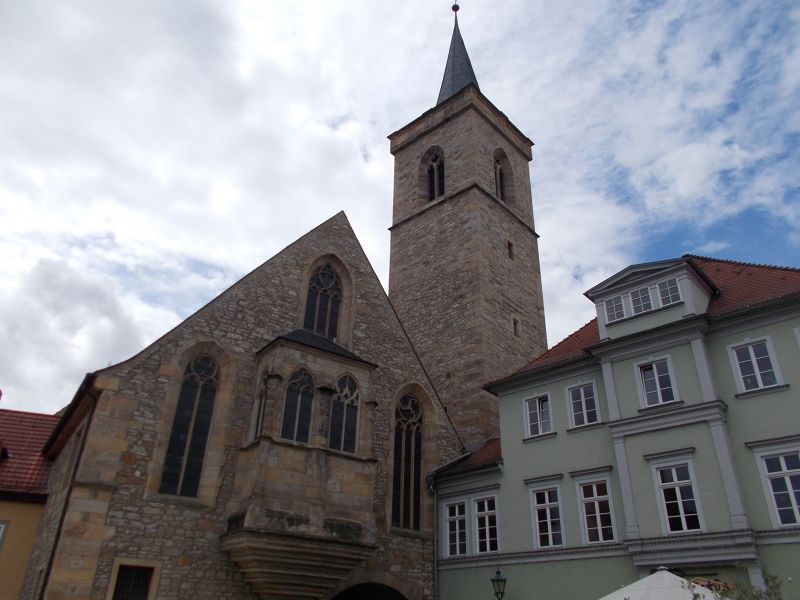 Aegidienkirche at the end of the Krämerbrücke. - Erfurt

St. Severus Church and the Domplatz.

The cathedral and St. Severus Church took me by surprise. They are absolutely magnificent buildings. As we were only in Erfurt for a short time, we did not get the chance to go inside. St. Severus Church was first mentioned in 1121. It houses the tomb of St. Severus which dates from 1365. Erfurt Cathedral is also called Saint Mary's Cathedral. It was founded in 742 AD. It has three nineteenth century towers. One of which contains the largest bell in the world, the Maria Gloriosa. 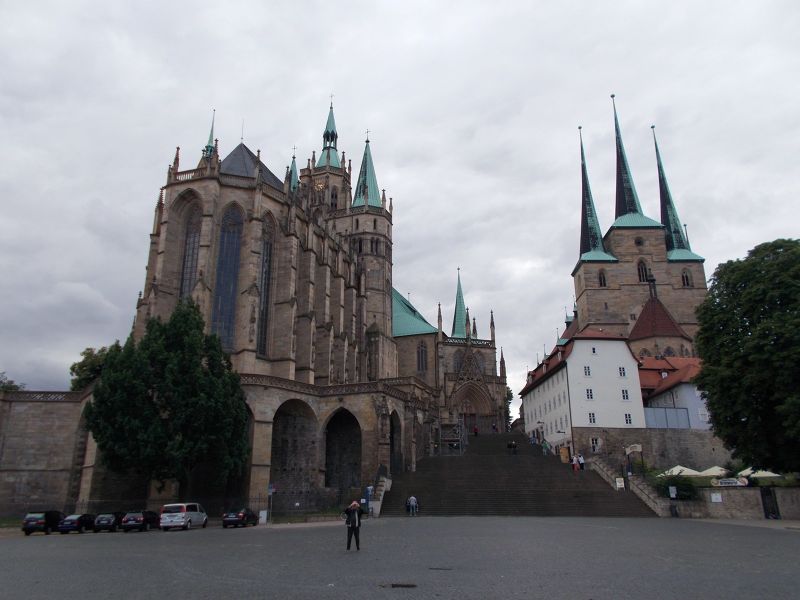 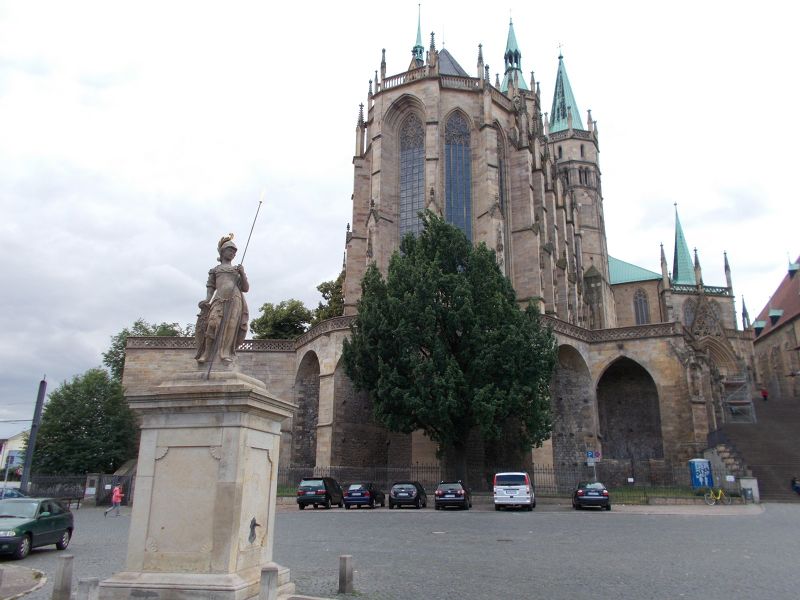 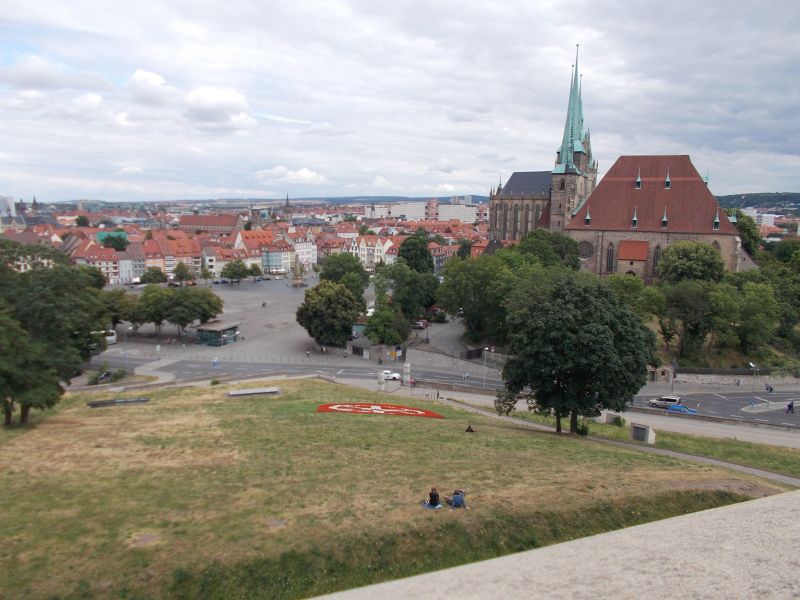 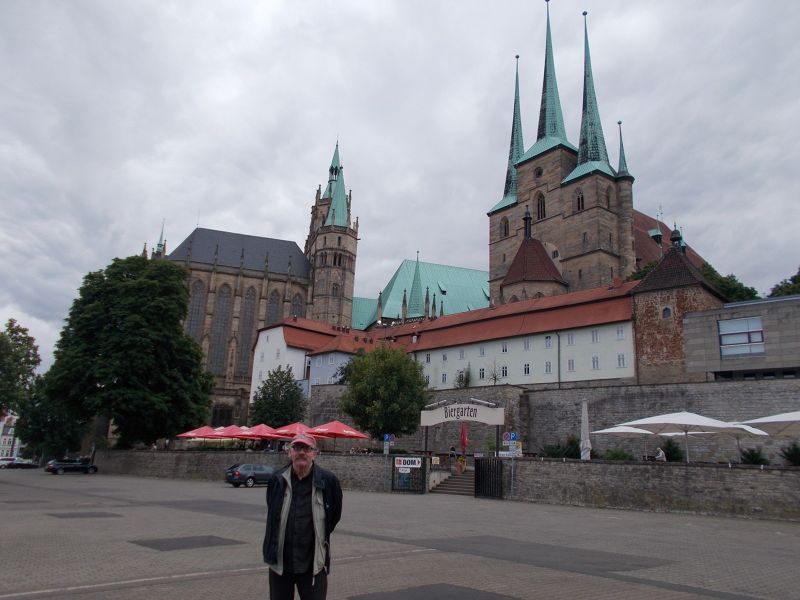 Petersberg Citadel is located on Saint Peter's Hill. It was built in the seventeenth century. Inside it stands Saint Peter's Church. I believe there is a network of tunnels under the citadel but we did not visit this. There are good views over Domplatz from here. 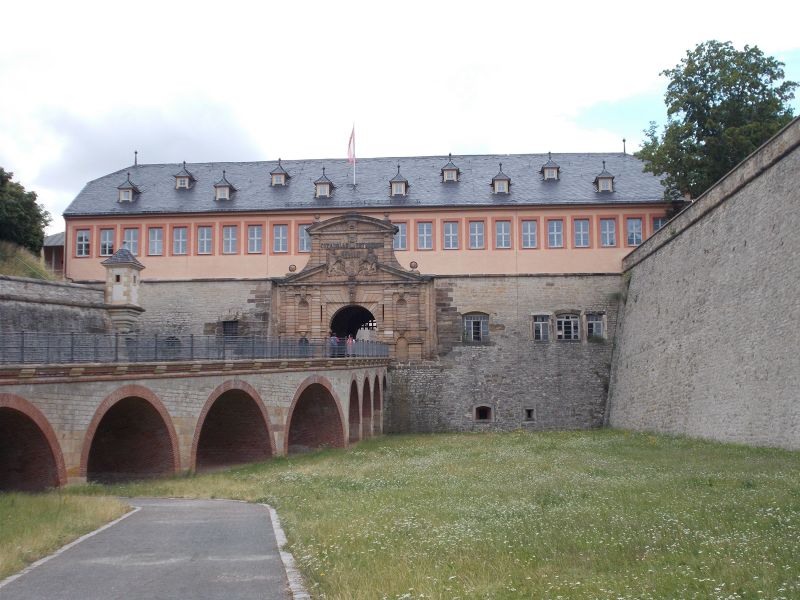 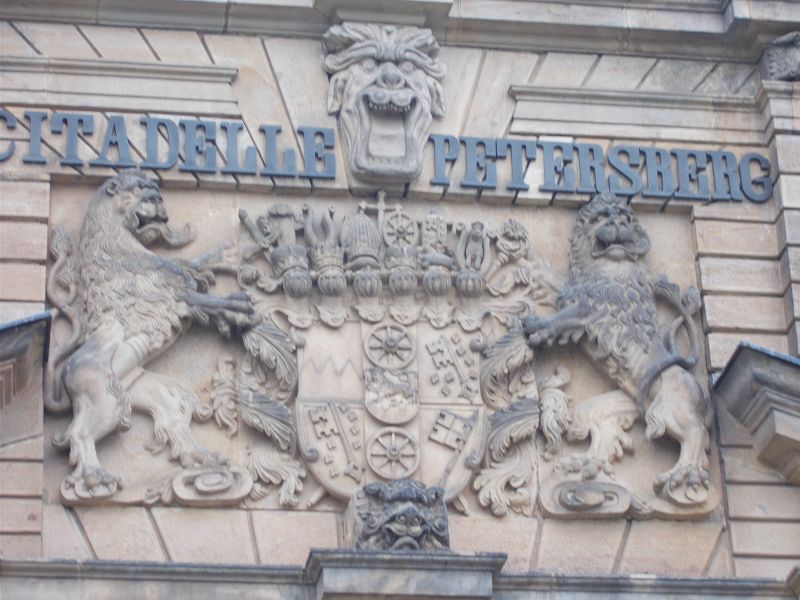 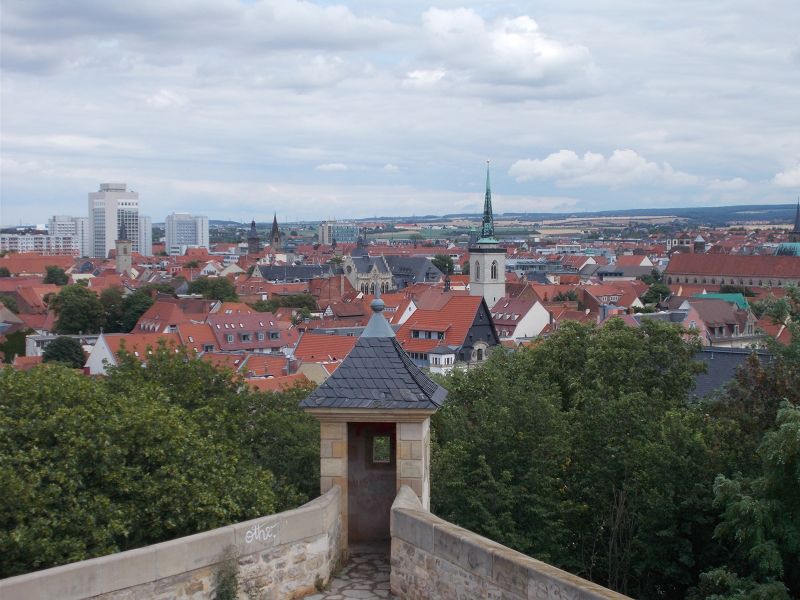 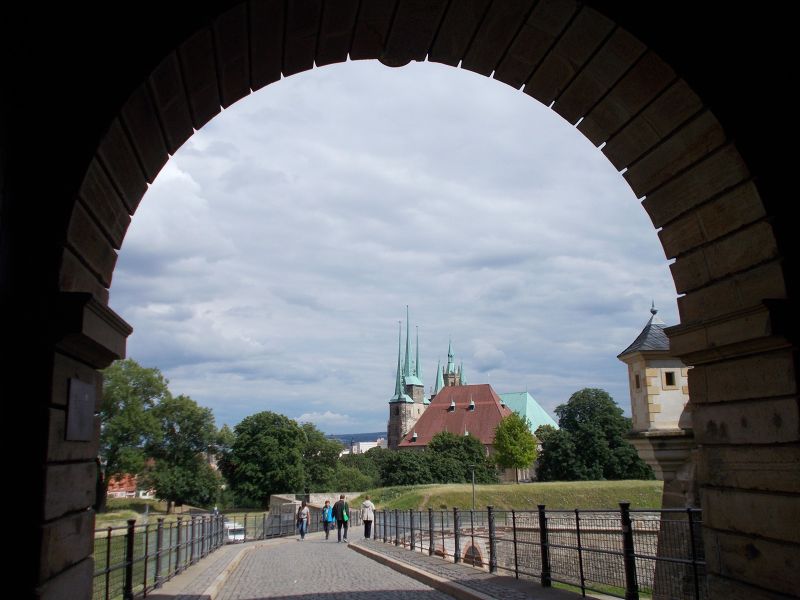 View towards cathedral and church. - Erfurt

Erfurt used to be a city of water mills. The New Mill is located on the banks of the River Gera. Apparently this was still a working mill used in the production of flour until 1982. After its closure it was converted into a museum in 1992. W e did not have time to visit the museum, but I thought the mill looked very attractive on the edge of the river. 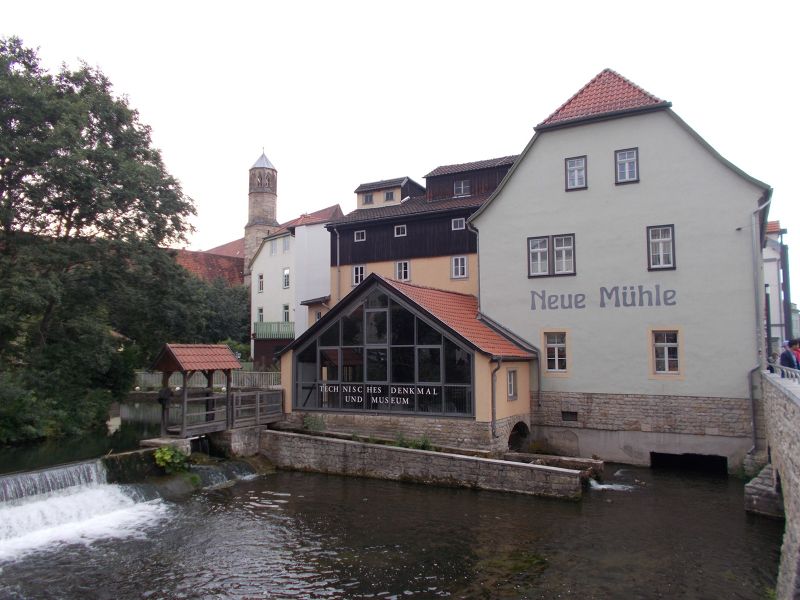 Posted by irenevt 21:09 Archived in Germany

Previous Next Table of contents

Lovely photos. I also used Erfurt as a stopover, and agree it is a lovely place. Alec

Hi Alec, Yes we were pleased with it. We had no expectations as we knew nothing, but found it lovely. Thank you for visiting.

I've never heard of Erfurt and it's beautiful. It just got put on my must-visit list.

This blog requires you to be a logged in member of Travellerspoint to place comments.

If you aren't a member of Travellerspoint yet, you can join for free.